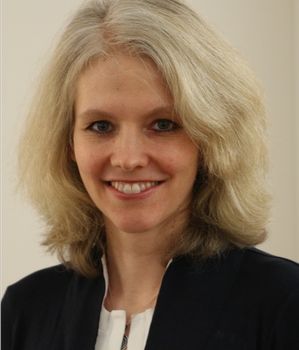 Bettina Lotsch is the Director of the Nanochemistry Department at the Max Planck Institute for Solid State Research (MPI-FKF) in Stuttgart, Germany. She studied Chemistry at the Ludwig-Maximilians-Universität München (LMU) and the University of Oxford and received her PhD from LMU Munich in 2006. After a postdoctoral stay at the University of Toronto she became a professor at LMU Munich in 2009 and was appointed Director at MPI-FKF in 2017. Bettina also holds honorary professorships at LMU Munich and the  University of Stuttgart, and is PI of the Munich-based Cluster of Excellence e-conversion.
Bettina’s research explores the rational synthesis of new materials by combining the tools of molecular, solid-state and nanochemistry. Current research interests include molecular frameworks for solar energy conversion and storage, solid electrolytes for all-solid-state batteries, and “smart” photonic crystals for optical sensing.
Bettina was awarded an ERC Starting Grant (2014) and has been elected a Fellow of the Royal Society of Chemistry in 2014. Her work has been recognized by a number of awards, including the EU-40 Materials Prize 2017 of the European Materials Research Society.