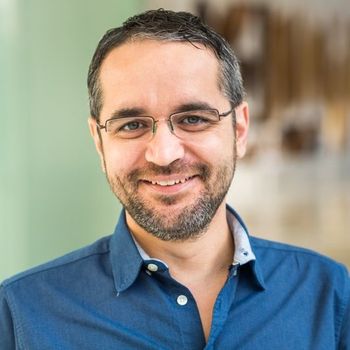 Mircea Dincă was born in Făgăraş, a small Transylvanian town in central Romania. He obtained his Bachelor of Arts degree in Chemistry from Princeton University in 2003, and did his graduate work at UC Berkeley, where he obtained a PhD in Inorganic Chemistry in 2008. After a two-year stint as a postdoctoral associate working on heterogeneous electrocatalytic water splitting at MIT, he became an Assistant Professor in the Department of Chemistry at MIT in July 2010. Promoted to Associate Professor in 2015 and to Professor of Chemistry in 2020, he currently holds the W. M. Keck Chair as Professor of Energy at MIT. His research interests focus on creating and manipulating microporous and low-dimensional solids with molecular precision for applications in various energy efficiency and environmental challenges. These include, but are not limited to: electrical energy storage and conversion, heterogeneous catalysis, fresh water harvesting, efficient air conditioning, and photophysical processes. He has been named to the world’s most cited Chemists list since 2014 and has received a number of awards, most recently the ACS Award in Pure Chemistry (2018), and the Alan T. Waterman Award, NSF’s most prestigious award in all sciences and engineering to any single person under the age of 35 (2016).