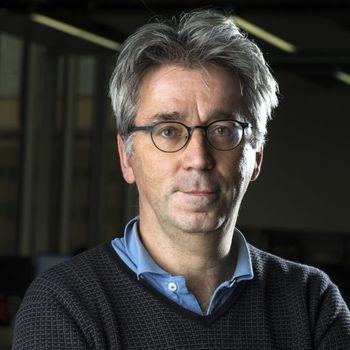 Full Professor of Chemical Engineering at the School of Basic Sciences

Berend Smit received an MSc in Chemical Engineering in 1987 and an MSc in Physics both from the Technical University in Delft (the Netherlands). He received in 1990 cum laude PhD in Chemistry from Utrecht University (the Netherlands). He was a (senior) Research Physicists at Shell Research from 1988-1997, Professor of Computational Chemistry at the University of Amsterdam (the Netherlands) 1997-2007. In 2004 Berend Smit was elected Director of the European Center of Atomic and Molecular Computations (CECAM) Lyon France. In 2007 he was appointed Professor of Chemical Engineering and Chemistry at U.C. Berkeley and Faculty Chemist at Materials Sciences Division, Lawrence Berkeley National Laboratory.
Since July 2014 he is   full professor at EPFL.
Berend Smit’s research focuses on the application and development of novel molecular simulation techniques, with emphasis on energy related applications. Together with Daan Frenkel he wrote the textbook Understanding Molecular Simulations and together with Jeff Reimer, Curt Oldenburg, and Ian Bourg the textbook Introduction to Carbon Capture and Sequestration.