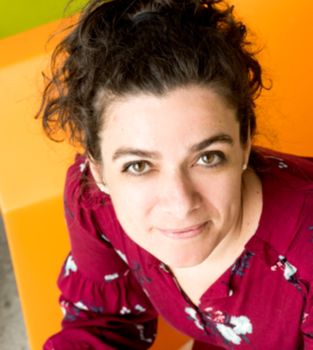 With an unconventional and multidisciplinary scientific background (Pharmacy BCs, 2001 and Material Science Ph.D, 2005; University Complutense of Madrid, Spain), her pioneered PhD work (awarded with PhD distinction) was focused on porous materials for bone replacement and drug release. She then (2005) joined the Institut Lavoisier-France, as CNRS researcher, initiating a totally new field, the biomedical application of MOFs. Since 2016, Dr. Horcajada is Senior Researcher and the Head of the Advanced Porous Materials group in IMDEA Energy (Madrid, Spain).
Her research activity is focused to the development of new porous materials with advanced functionalities, from their synthesis design and specific shaping/formulation to their applications in diverse industrial and societal strategic fields, including energy, environment and health.

Dr Horcajada (h=57) is coauthored of 145 publications (130 in Q1), 7 book chapters, 1 edited book and 9 patents, with >18200 citations and >2000 citations per year in the last 5 years; 37 articles cited > 100 times (according with WoS; Jan. 2021). She has participated in >120 conferences, including 27 invited presentations and 4 plenary lectures.
Her large frame of collaborations has made possible to be involved in 56 highly multidisciplinary projects (38 National, 8 European, 4 International and 6 industrial contracts; coordinating 1 International, 4 EU and 18 National projects, and 1 industrial contract).
She has also large experience in mentoring students: 16 (9 in progress) PhDs. She has also supervised 22 postdoctoral researchers (from which 12 have got a permanent position either in academia or industry, and 3 got the MSCA-IF), 4 technical engineers, 14 MSc, 15 BSc and >30 undergraduate students.

Finally, along her career, she has been awarded with several prizes and awards, including the “Young Researchers Leading Groups” award from Spanish Royal Society of Chemistry (RSEQ; 2020), Leonardo award from BBVA Foundation (2017), “Miguel Catalan” Price for researchers younger than 40 years (2016) and the CNRS Scientific Excellence Prize (PES; 2011-2014).